It was the long awaited coffee industry event of the year – the launch of THE COFFEE MAN documentary film. The film is currently being released all over the world, with sold out screenings all across Australia and Asia. Blacklist Coffee Roasters had the privilege of hosting the Perth screening of the film at Hoyts Cinemas Garden City on Thursday 26th May. The event attracted over a hundred people, including coffee roasters, café owners, baristas and coffee enthusiasts.

The beginning of the film showed Sasa Sestic in the mountains of Ethiopia at 4:30am, searching for his life’s pursuit: the perfect cup of coffee. THE COFFEE MAN follows Sasa from Ethiopia, to other coffee producing countries Honduras and Colombia, and finally to Seattle, Washington, to compete in the 2015 World Barista Championship. The film revolves around The Coffee Man himself, Sasa Sestic and highlighted his passion, dedication and hardships to succeed as a top barista. From when he first migrated from his war torn country of Bosnia to Australia, to the first café and bakery he bought with his wife and family. He started his own coffee roasting company and a café called Ona Coffee, which has now expanded to 3 successful cafes. But he wanted more control over the quality of coffee. Not just roasting and brewing, but sourcing and processing as well. Sasa created another company called Project Origin, which seeks to establish direct trade relationships with coffee producers. Through direct trade, the quality of coffee drastically improves as well as the quality of life for the families from the coffee growing communities.

Besides working with coffee producers on processing methods to improve the quality of their coffee, Sasa Sestic also competes in Barista Championships (yes they do exist). Not for the fame and glory, but to share his knowledge and passion with the rest of the world and help the coffee industry improve. He competed in the Australia Barista Championships for 7 years, before finally taking out the title in 2015. He then represented Australia in the 2015 World Barista Championship, with the help and support from his coach Hidenori Izaki, 2014 World Barista Champion from Japan, as well as his team, he won the title of World Barista Champion 2015. Sasa’s journey was one filled with extreme hardships, challenges and failures, yet his determination and the support of his team and family, resulted in where he is today; educating and inspiring people all over the world and having a huge positive impact on the coffee industry. Sasa is also the most humble person you will ever meet!

Blacklist Coffee Roasters is honoured to have Project Origin as one of our green bean suppliers, and proud that we can roast quality coffee such as those that Sasa sources. Sasa and Gabriel, our head roaster and Q licensed grader, fostered their friendship through competing with each other, and when Sasa started Project Origin he was very excited to share his coffees with Gabriel.

Before the movie began, Gabriel gifted one lucky winner a mystery box which contained an aeropress, hand grinder and coffee beans. The rest of the audience also received a show bag each, containing a 250g bag of our newly launched single origin, Honduras Finca Portillo, and a tube of Rwanda Shangi, both sourced from Project Origin, roasted by Blacklist Coffee Roasters. 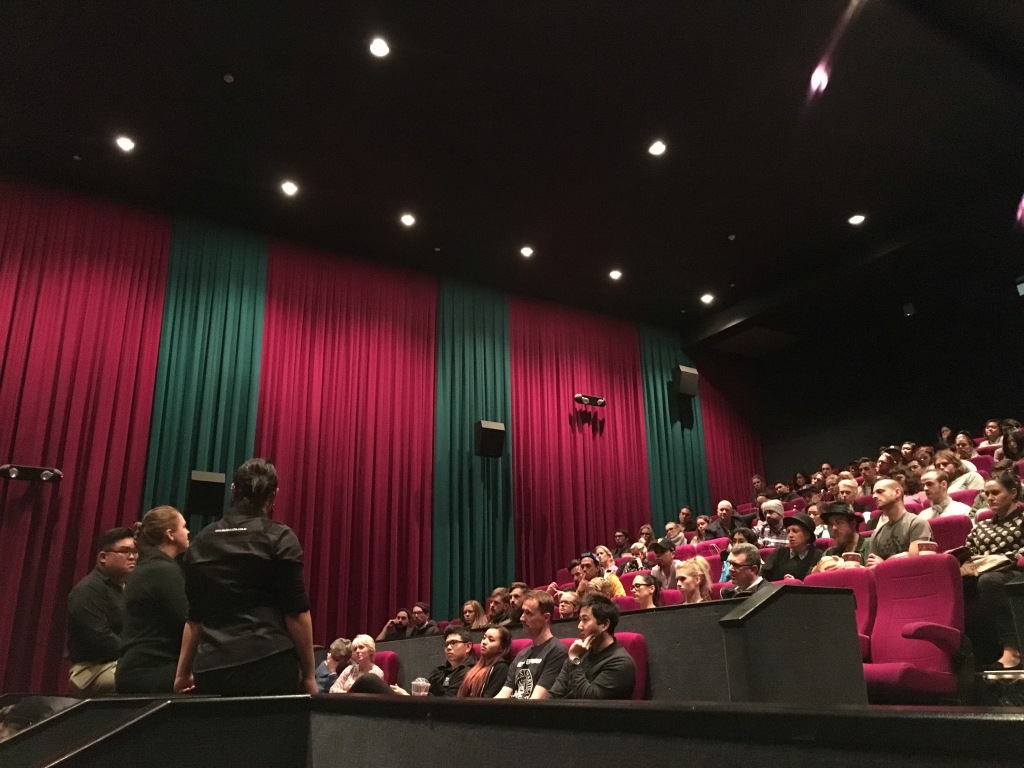 Before the crowd dispersed, Gabe hosted a Q&A session with our in-house barista trainer and National Latte Art Champion 2014 Rie Moustakas who also came 4th in the World Latte Art Championship 2014, alongside Jen Murray, a Q Trainer, former green bean buyer, and has also won a series of barista and cupping championships. They each gave their insights about film to the WA coffee community and encouraged more baristas to compete in the future.

THE COFFEE MAN is a must see film for anyone in the coffee industry, or even if you’re “just a coffee drinker”, you will still cry, bite your nails and cheer for Sasa Sestic, wishing that you too, could experience his life’s pursuit – the perfect cup of coffee. To view the trailer please see http://www.thecoffeemanfilm.com/