“The Melbourne International Coffee Expo (MICE), which took place from 13 – 15 March at the Melbourne Showgrounds, saw its highest average daily attendance figures in the event’s four-year history. An average of 2966 people attended the show daily across the three days. Total attendance for the 2015 event was an impressive 8922 visitors. For three days, the Melbourne Showgrounds transformed into a coffee-hub. Filling the Grand Pavilion were more than 100 exhibitors demonstrating world-class specialty coffee, tea, technology and trends on offer. Visitors engaged with coffee roasters, green bean traders, coffee producers, machine manufacturers and coffee equipment suppliers.” 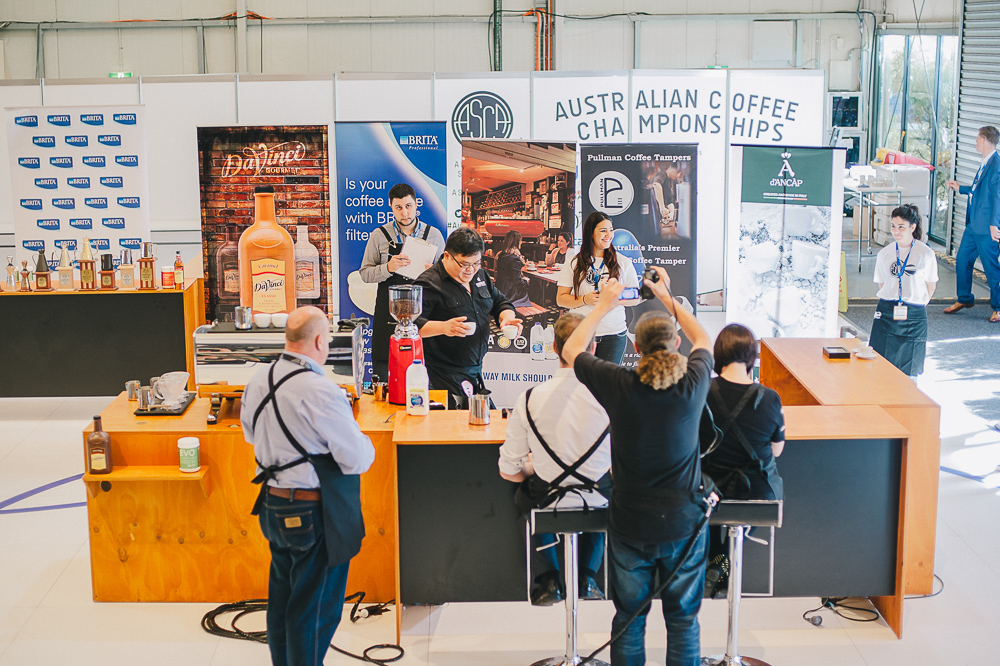 Blacklist Coffee Roasters had a strong presence in the Latte Art competition, with Gabriel and Rie competing. Head roaster Gabriel Tan, who won the state heats, is the current Western Australian Latte Art Champion, and represented WA in the Latte Art finals at MICE. 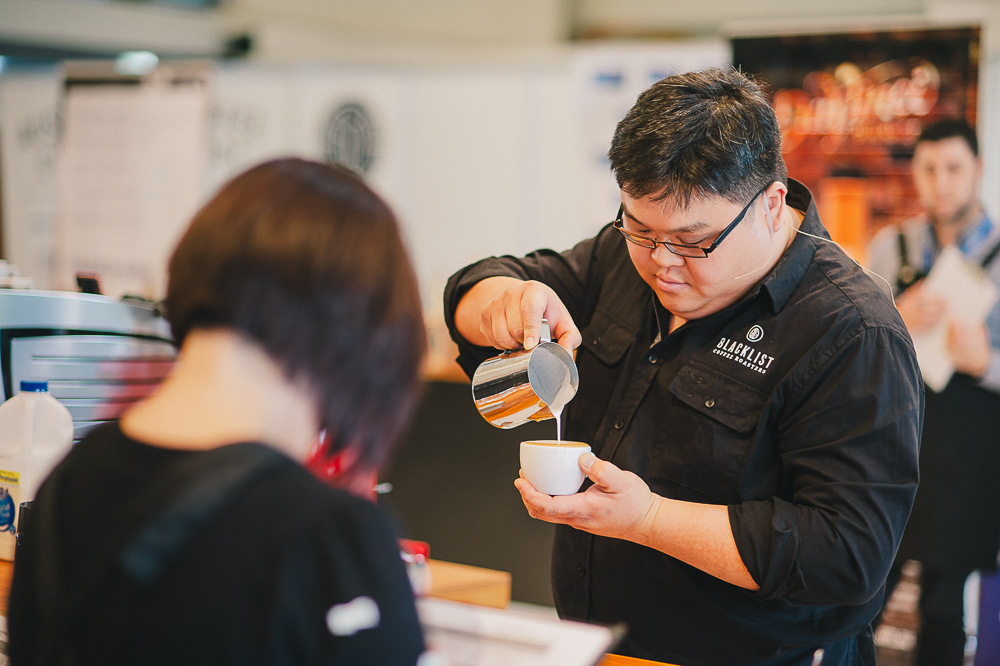 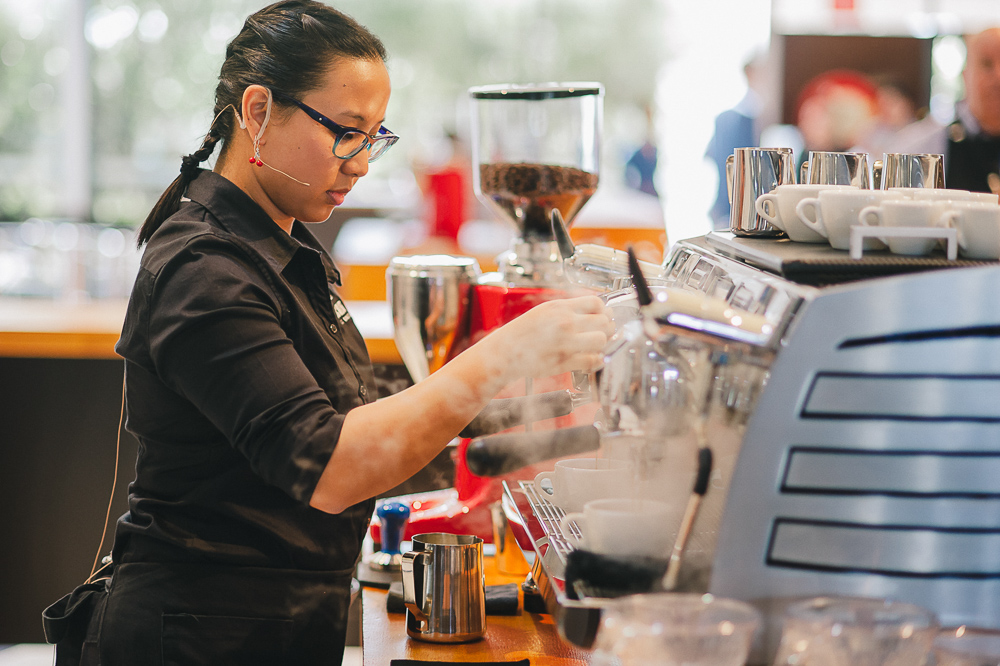 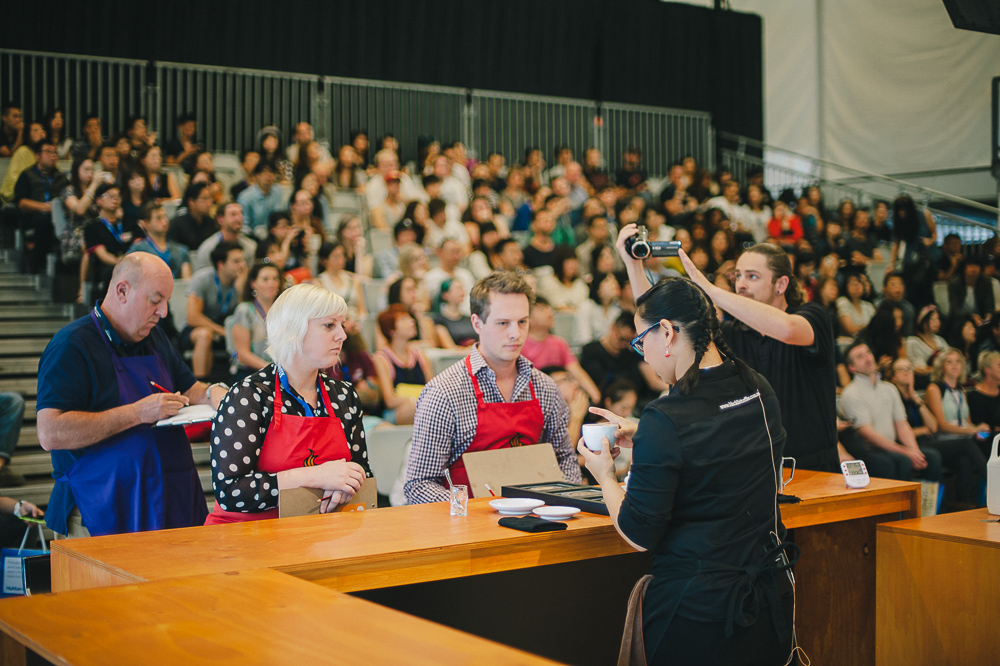 Gabe’s performance was the most entertaining of all the baristas who competed at MICE this year. He had the judges and the crowd laughing and clapping throughout his performance. His designer pattern was a dragon coming out of a sonic boom, inspired by him tripping out on too much cake during Chinese new year and seeing dragons chasing each other, until one went faster than the speed of sound. Yes, seriously. Rie’s designer pattern was a baby armadillo curling up. 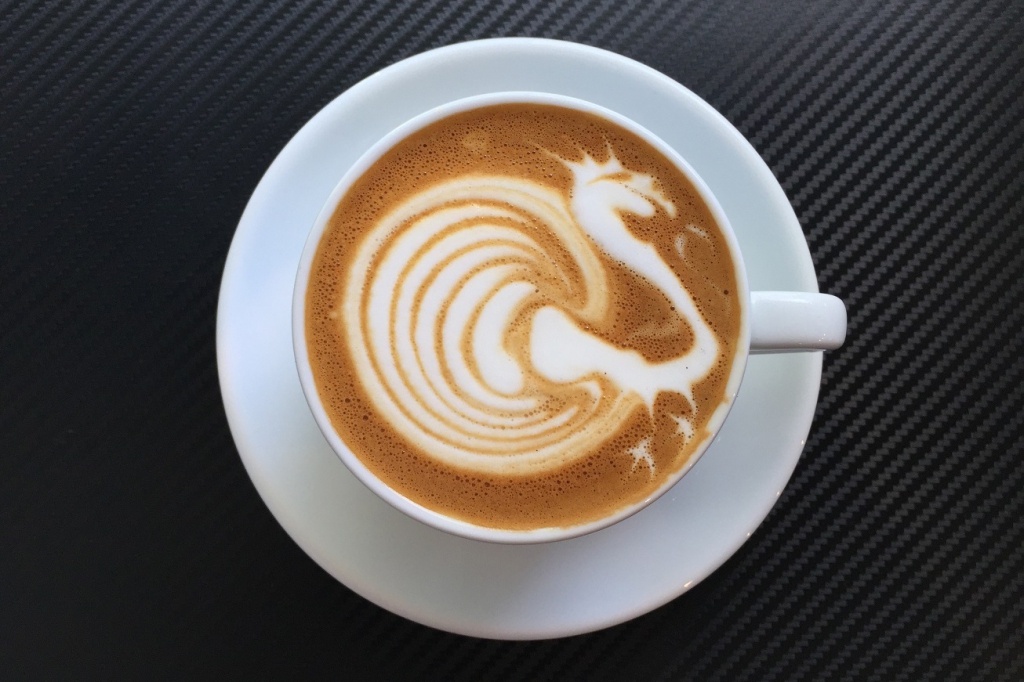 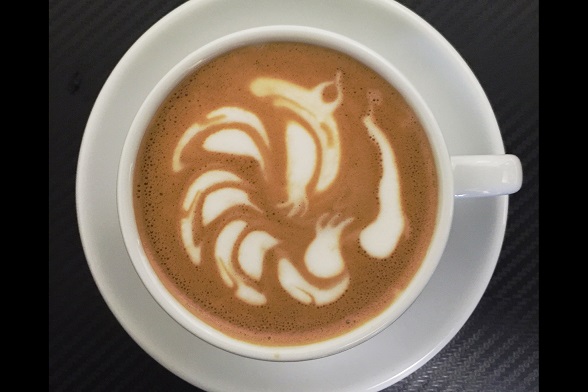 Although Gabe and Rie did not place (Rie came 4th and Gabe came 6th) it was a solid effort and great to give Blacklist Coffee Roasters a strong presence at a National Barista Competition. Congratulations to Caleb Cha for winning first place! He will represent Australia at the World Latte Art Championship in Gothenburg, Sweden in June.

Another highlight of MICE was Sasa Sestic winning the Australian Barista Competition. Sasa is one of our green bean suppliers and we are very happy for him. He will go on to represent Australia at the World Barista Championships in Seattle. Go Sasa! 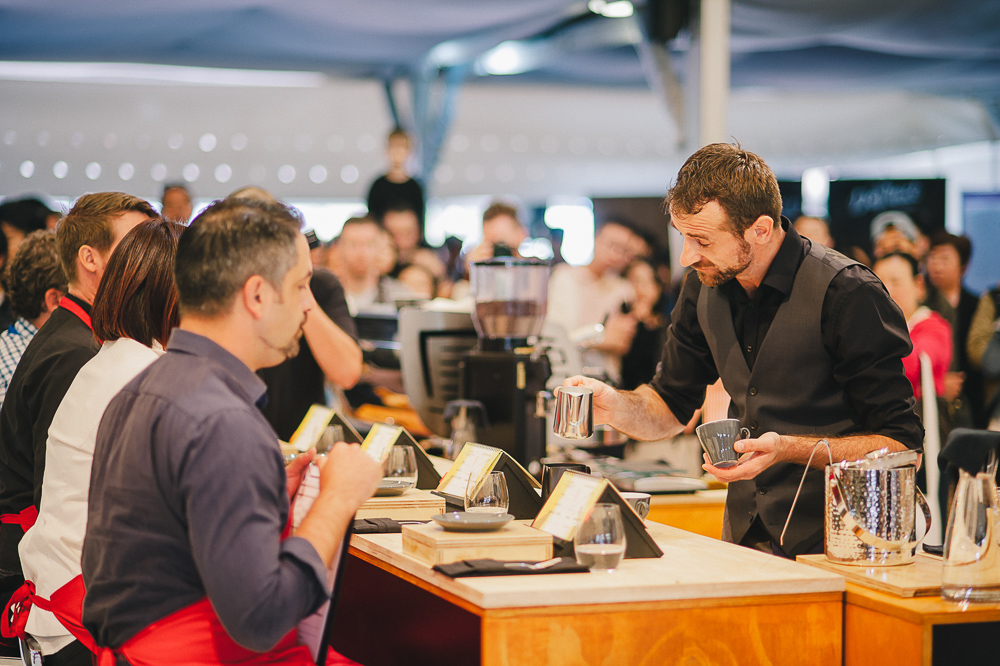 The full listing of results can be found on the ASCA website.